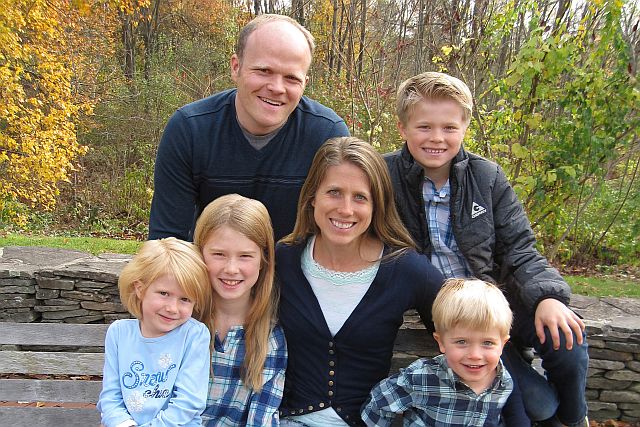 About the CT Performing Arts Center

The Connecticut Performing Arts Center (CT-PAC) is dedicated to providing opportunities in the performing arts for people of all ages. The goal of CT-PAC is to offer wholesome and affordable education in the performing arts, as well as live entertainment for the town of South Windsor and surrounding areas.

The center was founded in 2019 by Bryn Chandler, who has been performing since childhood, and holds a degree in Theater & Media Arts.  Bryn lives in South Windsor with her husband, Jesse and their 4 children.

I Love CT Performing Arts Center!  I’ve been dancing for more than 10 years, I’ve been to a lot of schools, and the instructors here are great!  Cassie K. is one of the best instructors I’ve had.  She challenges me, and has really helped me grow as a dancer. 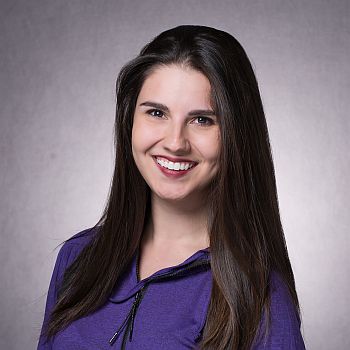 Holly Havens began her dance career at the age of 8, and has been dancing and teaching ever since. Holly studied the styles of Jazz, Tap, Lyrical, Ballet and Pointe as a child, and fell in love with the “Dance Team” world when she was accepted onto the UCONN Dance Team as a freshman in College. From there, Holly continued to dance professionally for DFX Entertainment and Columbia University, and finally became a dance coach herself in 2015. As the Head Coach of the South Windsor High School Dance Team, she led her team to NDA High School Nationals in Orlando Florida in 2020. Holly loves coaching and watching her students grow. 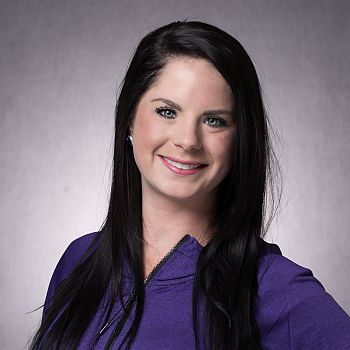 Beginning at age 4, Ashleigh Martino received extensive training in tap, jazz, lyrical, hip-hop, ballet and pointe. She started assistant teaching at Bonnie Hayes School of Performing Arts while she was still in middle school and progressed to her own classes during her high school years. Ashleigh then attended Jacksonville University in Florida, where she received her degree in dance. The degree covered multiple disciplines of dance and included a focus on kinesiology of dance and choreography. As well as dancing on the University’s dance team. She also completed an internship at Scott Jones School of Dance. As the assistant coach of the South Windsor High School Dance Team in 2020, Ashleigh helped bring the team to the NDA High School National Dance Competition in Orlando, Florida. Ashleigh is excited to share her knowledge and her love of dance with the students of the CTPAC. 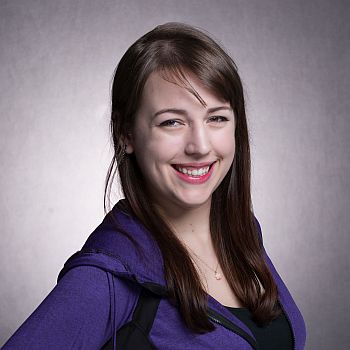 Cassie has been passionate in the art of dance for 20 years.  At a young age, she began studying at Bonnie Hayes School Of Performing Arts in South Windsor, CT.  Her experience was enhanced with workshops such as Dance Olympus in New York and Frank Hatchett’s workshop at Springfield College She has continued to expand her dance experience in New York taking hip-hop/k-pop classes at I Love Dance.  At age 14, she began assisting with dance classes at Bonnie Hayes School, and by 2019 she was teaching the majority of the classes.  She has also taught classes at Silk City Gymnastics & Dance in Manchester.  Cassie brings a solid skill set in jazz, lyrical, hip-hop/k-pop, tap and ballet.  When she is not dancing, she works with kids of all ages with team building at ropes courses and school around Connecticut and New York. 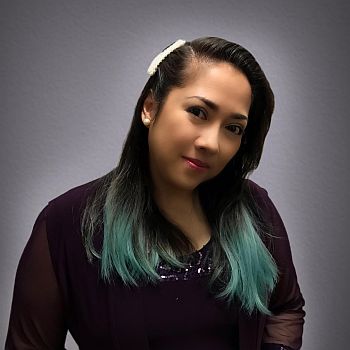 Sara Rachelle Pacquing began her dance training in the Philippines at age 5 with renowned choreographer, Odon Sabarre, then a leading danseur of Ballet Philippines and the first Filipino dance scholar to Leningrad, Russia. In high school, Rachelle became a principal dancer of an internationally acclaimed dance company, Leyte Dance Theatre, under the directorship of multi-award-winning choreographer, Jess de Paz, performing around Asia and the United States, and winning championship titles in both local and international dance competitions. After coming to the United States, Rachelle joined Bonnie Hayes School of Performing Arts where she assisted with classes and developed choreography. Through Bonnie, Rachelle was selected to demo with Frank Hatchett as one of his assistants during the Dance Teacher Summit workshops held in New York, and other workshops in Boston. Despite her petite body structure, Rachelle possesses a strength, power, and boldness that characterizes her movements and technique, which is manifested in her choreography and onstage performances. 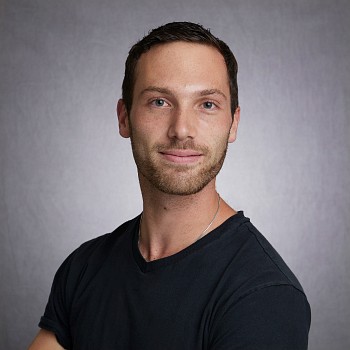 Prior to discovering dance, Ari Girelli was a competitive gymnast for 10 years. He eventually turned his focus toward martial arts, and as a member of 100 Percent Performance, he traveled around the world competing on the NASKA circuit. It was during this time that he learned to teach tumbling, and began to develop his skills as an instructor.  Ari’s passion for dance began at the age of 13 after his parents dragged him to their ballroom dancing lesson. It didn’t take him long to realize he had quite talent for ballroom, and began to take dancing more seriously, competing in competitions throughout the region. He has placed first in Regional Fred Astaire competitions, collegiate competitions and NDCA events in Latin, rhythm, and standard categories and has been awarded numerous scholarships for his achievements. Ari is a certified instructor for Acrobatic Arts, and has been teaching Tumpling & Acro for 10 years. 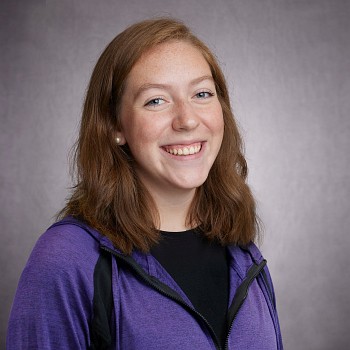 Emma began dancing at 3 years old, and has studied and taught a multitude of styles including, but not limited to, ballet, pointe, tap (theatre and rhythm), jazz, musical theatre, hip hop, lyrical, contemporary, and more. Additionally, as a theatre student, she has had extensive training in both vocal performance and acting. She has taught dance and theatre at Timothy Edwards Middle School in South Windsor, serving as the assistant choreographer for the Spotlight Show Choir and the student director for the school drama club. She has also assisted at CAST children’s theatre in Manchester. 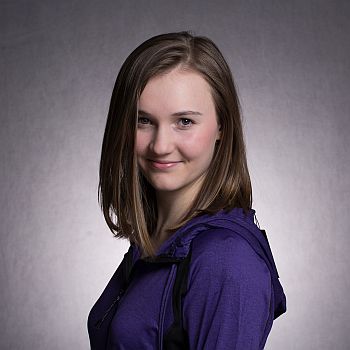 Cassie Dunn is new to CT and new to the performing arts studio.  She has been dancing since she was 4 years old and has taken classes in Jazz, Tap, Ballet, Pointe, Contemporary, Hip-Hop, and Lyrical. She has competed in dance competitions and trained at dance companies in both Utah and Georgia. When Cassie isn’t dancing she enjoys spending time with her family of 11, spending time outdoors, and playing other sports.  As an instructor, Cassie specializes in dance education for younger students.  Her positive energy and playful spirit allow her to connect remarkably well with the children in her pre-dance and level 1 classes.

Bryn Chandler received her BA in Theater and Media Arts from Brigham Young University, with an emphasis in Acting.  She has performed and been involved behind the scenes in various choirs, theatrical performances, film, and television since childhood.  She was one of four lead choreographers for a multi-state Cultural Celebration involving over 2000 youth ages 12-18 that performed at the Oakdale Theater in Connecticut.  She volunteers her time each week directing the children’s choir and orchestra at her church. 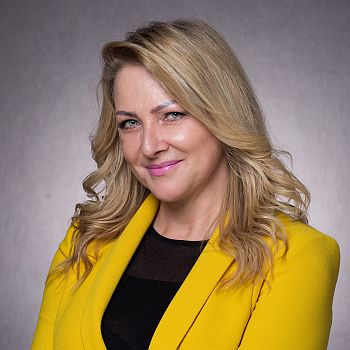 Bozena holds a MA and BA in Musical Education from the Academy of Music in Poland. She has over 35 years of professional experience as a musical educator and performer. She has performed all over the world at amazing venues such as Boston’s Symphony Hall, Carnegie Hall, the John Kennedy Center, The Bushnell and many more! Bozena is a very passionate and dedicated educator, piano teacher/voice coach. She believes each child is unique and therefore each lesson is tailored to the individual instead of using a one size fits all approach. To Bozena, music is a priceless gift and an adventure with the ability to alter ones life in the most positive way!